Spanish Speaking countries of the world 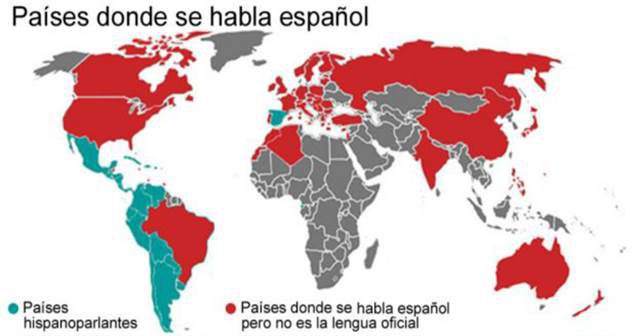 We know that Spanish is a popular language across the world. But do we really know how many countries speak Spanish as an official or second language?
Read on to find out more!

In Europe, Spanish is also widely spoken in Andorra and Gibraltar, but their official languages are Catalan and English, respectively.

In the United States, more than 43 million people speak Spanish as a first language (about 13 percent of the population), and that number continues to grow. Additionally, the United States is home to nearly 12 million bilingual Spanish speakers. This makes it the second-largest Spanish speaking country in the world (after Mexico)

The  Philippines were under Spanish rule from 1565-1898, but even after the end of the Spanish-American War, it remained a co-official language with English until 1987, when it was designated as an optional language. Today, approximately 3 million Filipinos speak Spanish or Chavacano — a Spanish-based Creole language.

In Africa, Spanish is one of three official languages in Equatorial Guinea, where nearly 68 percent of the population speaks it. Spanish is also spoken in territories in northern Africa controlled by Spain, and in Morocco, which is geographically close to Spain. Finally, there are small communities of Spanish speakers in Angola and South Sudan.

Now that you know where Spanish is spoken let’s play!

How many Latin American countries can you identify correctly?

Drag the country’s name to its location on the map! Good Luck!!!