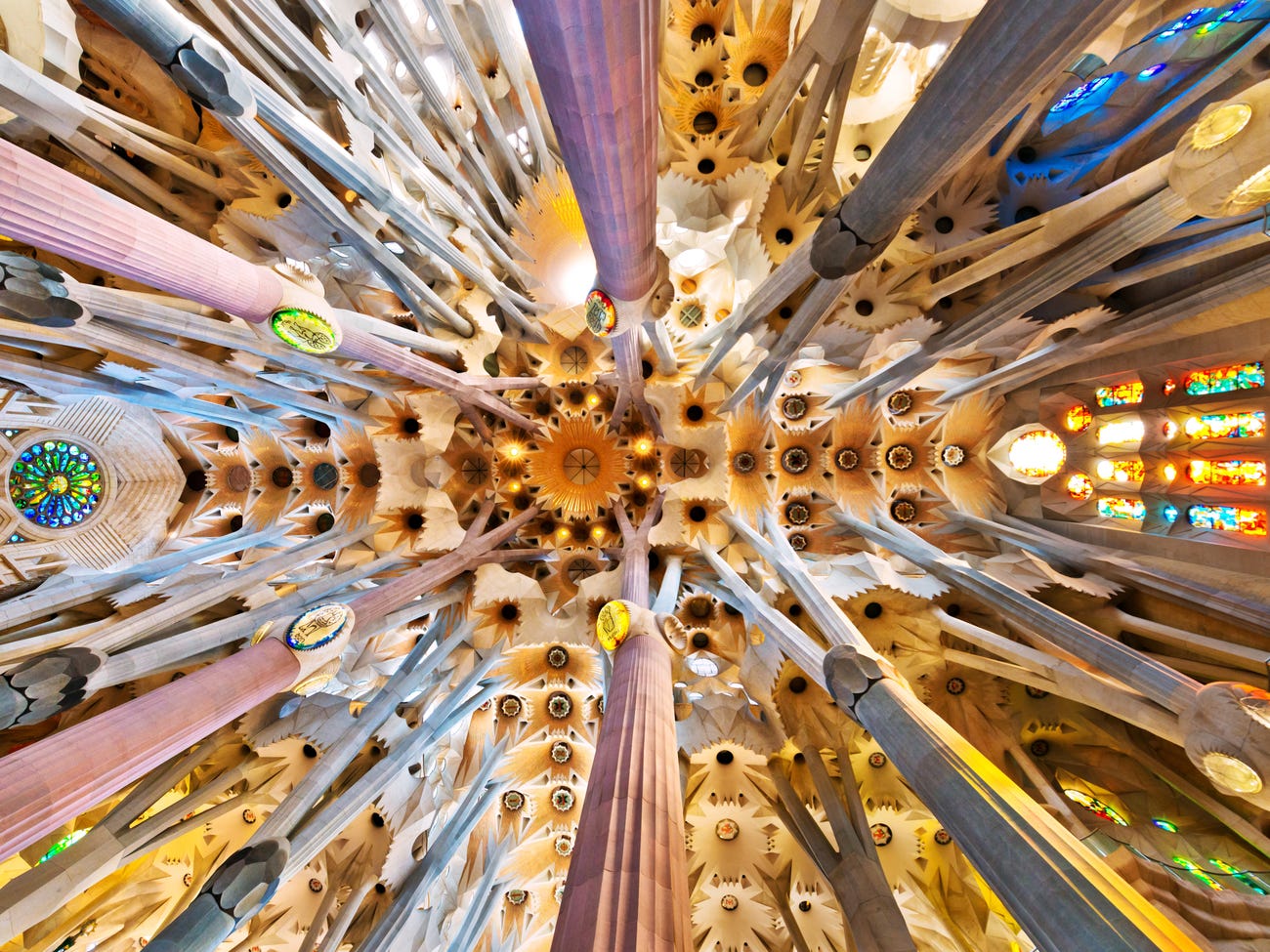 Antoni Gaudí was born in Catalonia, Spain, and from a young age showed a strong interest in architecture. He went on to study the subject in Barcelona, the city that would become home to his most famous works.

Gaudí’s architectural style is inspired by nature, and many of his works reflect plant and animal life, like his famous mosaic dragon at the entrance of Park Güell in Barcelona.

Take a look at the exteriors and interiors of these seven magical works by Gaudí.

When Gaudí was hit by the tram, due to his unkempt appearance and the fact that he wasn’t carrying any identification, he was mistaken for a beggar. He was only given the most basic medical care, and it wasn’t until the next day that a chaplain at the Sagrada Família recognized him as the famous architect. However, it was too late, and he died two days later.

One of Gaudí’s most famous works is the Sagrada Família, which he was still constructing at the time of his death. It remains unfinished.

The Sagrada Família was declared a UNESCO World Heritage site in 1984.

The photo above shows the ornate ceiling of the church.

The Sagrada Família was once a cathedral, but was declared a basilica by Pope Benedict XVI in 2010.

A cathedral differs from a basilica in that it has a resident bishop. According to The Guardian, Gaudí wanted the Sagrada Família to be a “cathedral for the poor.”

Gaudí wanted the Sagrada Família to represent nature’s architecture, with winding staircases rather than traditional straight ones.

According to Culture Trip, he would use weighted strings, hanging them from the ceiling to see how natural arches would form, and then create his work around his findings.

The park reflects Gaudí’s love of natural architecture, with colors and structures inspired by plants and animals.

The park was originally commissioned by Count Eusebi Güell, who hired Gaudí to create a miniature city of houses.

Güell’s plans never came to fruition, and the park was bought by the city in 1922 for use as a public park.

Normally, the park is extremely popular, and access to the central area is limited to 400 people at a time, according to Lonely Planet.

The mosaic dragon pictured above stands in front of Sala Hipóstila (the Doric Temple), which was originally intended to be a market, according to Lonely Planet.

Palau Güell was declared a UNESCO World Heritage site in 1984. It was another one of Gaudí’s works commissioned by Eusebi Güell.

Eusebi Güell lived there with his family until they moved to Gaudí’s newer construction, Park Güell.

Casa Batlló was also declared a UNESCO World Heritage site in 1984. Gaudí reconstructed one of his teacher’s buildings to create it.

The original building was designed in 1877 by Emilio Sala Cortés, one of Gaudí’s teachers.

Gaudí created his own innovative ventilation system for the building, in which different openings on the house’s windows allow for air to circulate throughout, according to Casa Batlló.

Much of the interior of Casa Batlló is created using mosaic tiles, which Gaudí liked for their sustainability.

The mosaic tiles also reflect light and add color. The outside of Casa Batlló’s mosaic tiles are constructed in a wave pattern, meant to mimic the ocean.

Casa Milà was also declared a UNESCO World Heritage site in 1984. It was constructed between 1906 and 1912.

It was commissioned by a wealthy businessman, Pere Milà, and his wife, Roser Segimon.

Casa Milà was one of Gaudí’s last works before he dedicated himself entirely to the Sagrada Família.

The entire facade is made of natural stone. There are white ceramic tiles around the upper edge of the building.

The hallways are decorated with oil paintings showing designs of flowers and mythology.

The main floor is the Milàs’ former residence. It was opened as an exhibition hall in 1992.

Casa Vicens was declared a UNESCO World Heritage site in 2005, and was the first building Gaudí completed.

It was built as a summer home for stockbroker Manel Vicens i Montaner, according to House & Garden.

According to House & Garden, the structure is composed of iron, glass, ceramic, concrete, and pressed cardboard, which Gaudí used to create figures of ivy, fruit, and flowers.

Colónia Güell was also commissioned by Eusebi Güell, who was moving his textile mill to Santa Coloma de Cervelló.

Güell wanted to improve his workers’ lives by constructing a village for them that had terraced houses, a theatre, a school, shops, gardens, and a church.

Colónia Güell was declared a UNESCO World Heritage site in 2005. It was constructed between 1890 and 1914.

While constructing Colónia Güell, Gaudí developed the architectural innovations of his later works

This article was picked from insider.com. We handpick interesting, engaging and informative content that we think you will enjoy! 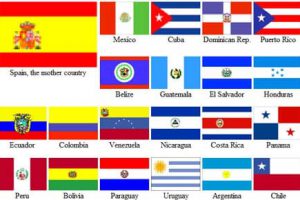 Did you think Spanish is spoken only in Spain ? 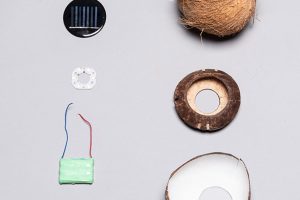